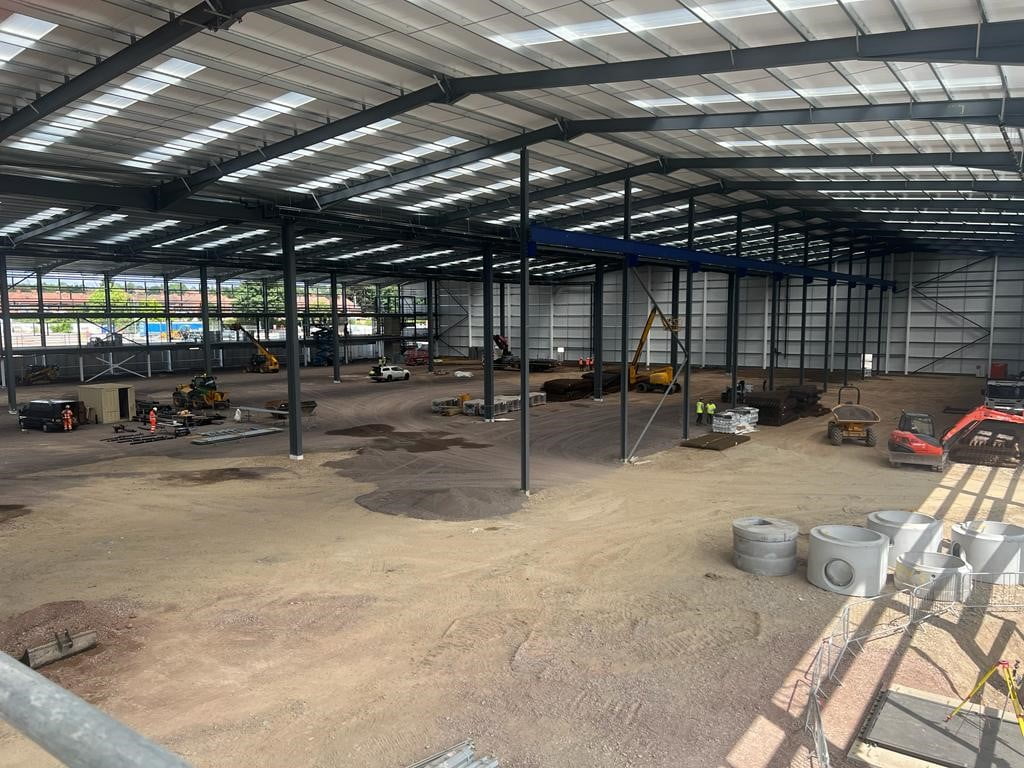 Graftongate has been shortlisted for two top industry awards for its role in the delivery of a multi million pound advanced helicopter logistics scheme in Somerset.

The leading real estate developer has been shortlisted for Best Investment Transaction and Deal of the Year – 100,000 to 250,000 sq ft at this year’s Industrial Agents Society (IAS) Awards.

The award nominations recognise the complexity of a unique transaction which has paved the way for the transformation of a 10-acre brownfield site near Lysander Road and West Hendford in Yeovil.

The new facility will support Leonardo’s global fleet of helicopters through the storage of components and tooling, enabling it to remain in Yeovil where it has been based since 1915.

Development of the state-of-the-art facility is the result of several years of discussions between Graftongate, Leonardo and its third-party logistics provider, Kuehne+Nagel.

Under the terms of the deal, Leonardo has the right to purchase the freehold interest in the new building for just £1.00 on expiry of a 35-year FRI lease.

An additional financial solution has been reached to enable Leonardo to rentalise a £10 million ‘fit out’ of the total c.£23 million construction cost of the building. It has culminated in a rent of £7.20 per sq ft subject to annual rent reviews, at a fixed uplift of 2.7% compound.

The development is being fully funded by a local government pension scheme, advised by CBRE Investment Advisory, and is expected to be complete in Q4 2022.

Jamie Hockaday, Director at Graftongate: “We’re thrilled to have been nominated for two prestigious IAS Awards for this scheme, particularly as the structure of the deal is a once in a career transaction and not something we had done previously.

“While cost savings and efficiency were inherent to this single site solution, it was of equal significance that there should be no capital cost to Leonardo in developing the new facility – yet it also wanted to own the building on completion. We formulated the concept of a long-dated distribution ‘income strip’, whereby the annual rent payable does not exceed the level of existing lease liabilities, the capital outlay is funded by a third party and Leonardo can acquire the building in the future at a nominal value.”

Widely regarded as the UK’s premier logistics and industrial property awards event, the IAS is attended by leading agents, owners, occupiers, developers and funders of industrial and logistics real estate.